We look forward to meeting you in one of our workshops-showrooms in Toulouse or Madrid. Do not hesitate to make an appointment.

An Atypical and ambitious
– path

From the unpretentious Toulouse’s suburbs, and since middle school, has grown Anthony’s taste for textile and fashion. From a BEP métiers de la mode to l’École Nationale Supérieure des Arts Appliqués et des Métiers d’Art (ENSAAMA), passion grows until becoming a driving force. Relentless of work, Anthony sometimes harnesses himself day and night to his personal and school’s projects.

All along his education, professional experiences kept confirming strong learning’s. The young designer prefers familial companies to big fashion houses. Its the opportunity for him to be trained on all fronts: from couture to shooting organisation, going through patronage, dressing, design or even serigraphy. Anthony touches to everything, and always with the same exaltation.

Since 2008, experiences and trips feed his inspiration. The young Toulousain who doesn’t forgets his pink city drops his suitcases in Paris to be trained at Dupré Santabarbara, and then flews to Seville to work with Pablo Lanzarote, and later on at Fernando Claro.

His first collection’s conception starts in 2013. From then, he impregnates from every professional experience with, stronger then ever, the ambition of building his own brand. Back to his hometown in 2016, he finalises his collection and organises his own fashion show. No more doubts, the Anthony Azevedo adventure is for sure launched. If it’s truly a teenager’s dream coming true, it’s with his foots firmly on the ground that he gives birth to it. 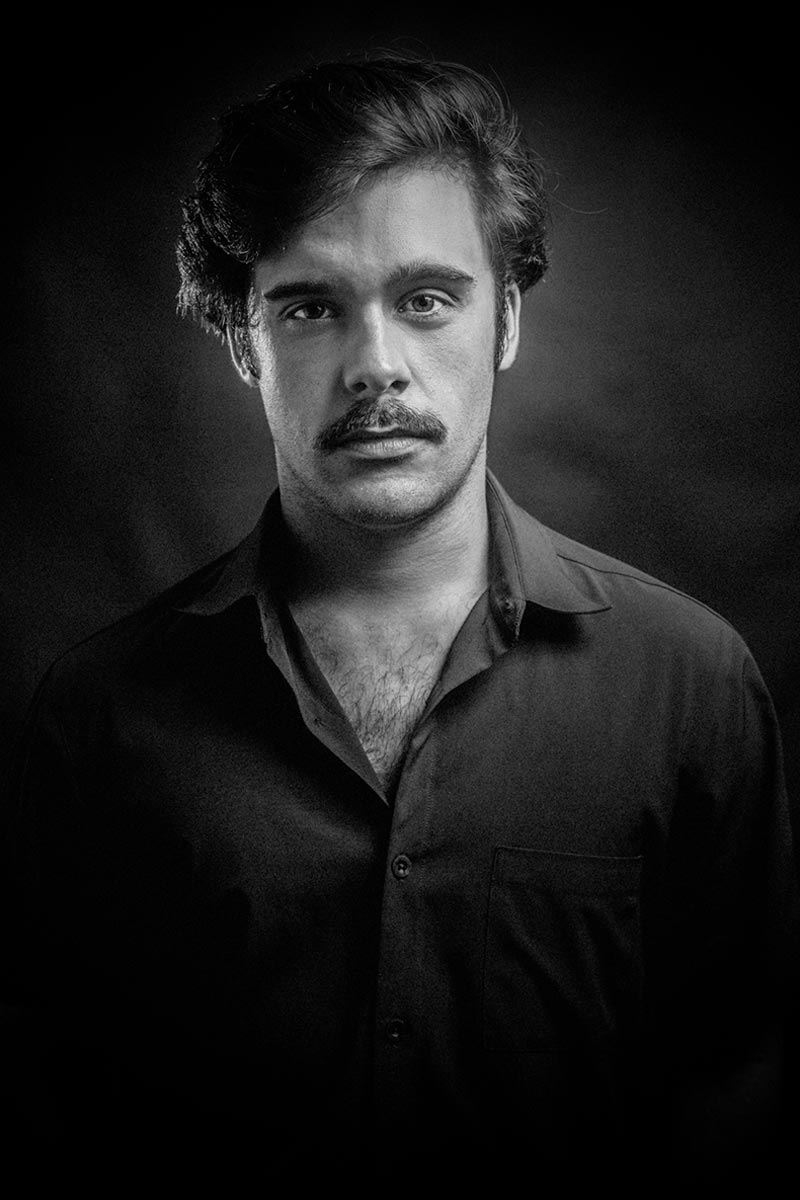 “All my dresses are entirely fashioned in our workshops, a 100% Spanish-French fabrication, 100% artisanal creation, for a complete satisfaction of my clients.”

«For the young Toulousain designer, quality is a priority. Textiles are all European; every piece is made by hand with passion of the details. What’s a good work piece for Anthony Azevedo? « A garment in which we feel powerful, that gives us confidence». And its in taking the time to personally identify his clients that he ensures this result.

One thing leading to another, travelling more and more, Spanish traditional values overlapped to the French elegance. He takes inspiration from the Spanish wedding culture to create his wedding dresses; today the country coloured typical shades fulfil entirely his more sober first creations.

From a scissors blow, Anthony rubs out the boundaries between feminine and masculine fashion. He leads from one to the other materials like lace or muslin. He blithely plays with contrasts, allying flexible textiles with rigid ones, matte colours with glossy shades. Geometrical lines from fashion patterns are the opportunity to give free rein to his imagination.»

We use cookies on our website to give you the most relevant experience by remembering your preferences and repeat visits. By clicking “Accept”, you consent to the use of ALL the cookies.
Cookie settingsACCEPT
Manage consent

This website uses cookies to improve your experience while you navigate through the website. Out of these, the cookies that are categorized as necessary are stored on your browser as they are essential for the working of basic functionalities of the website. We also use third-party cookies that help us analyze and understand how you use this website. These cookies will be stored in your browser only with your consent. You also have the option to opt-out of these cookies. But opting out of some of these cookies may affect your browsing experience.
Necessary Always Enabled
Necessary cookies are absolutely essential for the proper functioning of the website. These cookies provide the basic functionalities and security functions of the website, anonymously.
Performance
Performance cookies are used to understand and analyze the main performance indicators of the website, which helps to provide a better user experience for visitors.
Analysis
These cookies allow us to count visits and sources of circulation in order to measure and improve the performance of our Platform. They help us to know which pages are the most or least popular, and to see how many people visit the site. If you do not allow these cookies, we will not know when you visited our Platform.
Advertisement
Advertisement cookies are used to provide visitors with relevant ads and marketing campaigns. These cookies track visitors across websites and collect information to provide customized ads.
Other cookies
Other uncategorized cookies are those that are being analyzed and have not yet been classified in a category.
SAVE & ACCEPT